The mental side of dealing with injury.

We all get injured, runners especially. The full weight baring nature of the sport means it’s inevitable that something will break down eventually, obviously sometimes you can be out for just a few days but at times it can be months or even longer.

In my case I was having a fantastic year, during the first four months I’d averaged about 140km a week and hit the Spring marathon season pumped and ready to go. I had five marathons and a 100 mile ultra to do in 7 weeks and came out the other side with a 2:36 marathon PB and a sub 23 hour 100 mile race. I was on cloud NINE!

Then BANG! I was running up a hill in the peak district and had this pain come on like I’ve never felt before. I know my body pretty well and instantly knew this was serious. Consultations with Physio and a MRI scan confirmed a stress fracture on my 4th metatarsal and I was prescribed 6 weeks of rest.

6 WEEKS OF WHAT? You gotta be kidding me!!

I’ve dealt with injuries before, but most require a small adaptation and you’re back up and running within a few days. But this was like being hit by a bus. I had a stacked Autumn race calendar prepared and this had just written the whole lot off.

As I’m now back to basic run / walking I can see the light at the end of the tunnel, so wanted to share some thoughts on dealing with the mental side of injury that I’ve learnt over the last 6 weeks. As that has by far been the toughest part of this whole episode.


- EMBRACE OTHERS - When this happened I shut myself off from Strava, Instagram etc. I didn’t want to see anyone, or hear about other peoples running, successes or what they were up to. I had two running holidays planned.. what was the point I thought? But I was shutting out the very community who could help, who understood and knew me so well. I quickly saw that I could still be very involved in the running community, just in different ways.
Basically I stopped being so selfish, got my $hit together and reached out to help others. I carried on going to my local community running group Goodgym, but just cycled each week. I crewed my girlfriend in a race in Sweden, (that I was desperate to run as was targeting a top 10 finish!) which was so much fun and gave me a whole new understanding of the work that goes on behind the scenes at races plus gave us a new side to our relationship that might have never happened.
Then this coming weekend I’m going to the Lake District to crew for 3 friends (again in a race that I was hoping to do well in) and can’t wait to give them all the support and advice I can. Running isn’t always about… running! Get around others, chat about the sport, go to events.. there’s so much to learn and give, which will never happen if you isolate yourself. - WEIGHT GAIN - At the start of this I was down to 72KG, which at 185cms is no doubt under weight, but considering what I do it was fine. Last week I was tipping the scales at 80.2KG. 8kg GAINED! When you can’t run and carry on eating your regular diet it’s going to happen, but I never expected it to be like this. Seeing your clothes suddenly get tight and visibility looking different in the mirror is hard.
The trouble was I never accepted the injury, I thought I’d be back running in a few days, so never got a decent cross training plan in place. The key though is getting a structure for recovery in place, then setting yourself goals within that plan in the same way you’d do with your running. Swimming time targets, cycling distance targets.. whatever you’re doing, set yourself something to aim for. That way you’ll push yourself and stand a better chance of maintaining some fitness and physique when you come out the other side. No more sugary snacks for me.. green soup it is!

- IDENTITY LOSS - This was so tough. I had running brands who I was speaking to about sponsorships, race directors wanting me to pace at their events and companies that were offering support and I was starting to do more helping out running Goodgym sessions. My whole world was resolving around running, who was I if I couldn’t run? Maybe I’ll never run again? I even thought about taking up cycling full time or returning to play golf as they are less injury prone sports! Haha.. But with a pro active approach you will get better, let people know what’s going on and your plans throughout the recovery. Just because you can’t currently run, it doesn’t stop you being a runner. - INCREASED STRESS - There is no doubt we all use running as a way to de-stress from the modern world, but I’d lost that resource and was seriously stressing out over the injury… a double whammy! In my case I never accepted the injury and didn’t deal with it.
All I could think about what was ‘why did I run up that hill’, ‘if only I hadn’t run so hard’ etc etc.. So I took to myself to one side and basically had a big cry and it all came out…it was as if I’d lost a loved one, thankfully no one was around at the time! Once you accept what’s happening and talk about it, then it’s so much easier to get a plan in place. Once I’d got my plan in place, plus the back to running plan it felt like a huge weight had been lifted and the end goal was in sight. - FINANCIAL - So far I’ve probably spent around £750 on this rehab and lost £800+ on race entries and travel. Getting injured isn’t cheap! Physio sessions, MRI scans, strength equipment. As someone who hates ‘wasting’ money on insurance, it’s certainly something I’m going to look into going forward! But financial stress added to everything else is tough. You can’t rely on the NHS if you want something to happen quickly, so you have the dilemma about whether to pay for it or wait. Then you’ve got the lost race entries, lost hotels, flights etc. Again I’ll be ticking the insurance option on race entries and booking hotels you can cancel going forward!

All in all, $hit happens. We’re sent these set backs to strengthen us, develop our minds and come out as better people. There’s no doubt about it that I won’t run a sub 2:30 marathon this year, hey, going sub 3 again will be an achievement I think! But running is SO much more than arbitrary times over arbitrary distances, it’s about a very special community, it’s about experiences, it’s about keeping a healthy body and positive mind, it’s about travelling to places you’d never go to, it’s about helping others around you.. all of which you can do whether you're injured or not!

Thank you for all your support!
Ben and Sarah

Thank you for all your support!
Ben and Sarah

What Other Runners Say!

Excellent lightweight design and I'm not normally a hat person. Great for both running and casual wear. 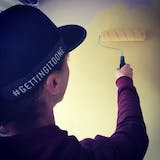 Light and comfy. Adjustable band is snag proof - no daft Velcro. The wee messages on the cards are just awesome.

I usually did not run with a cap until I tried this beauty! It helps to keep the rain drops of my glasses as well as protect from the sunshine, excellent for any kind of weather. I truly recommend it, light, comfortable, you forget you are wearing it!

Light, practical and compfy hat for runners and daily use.

I have been wearing my Ben Parkes hat for the milder spring weather we get here in New York State. It’s really great for cool morning runs. I also wear it for rainy “hat forward” conditions.
The overall design and colors are really great. I will absolutely get another hat from Ben Parkes. 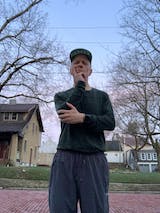 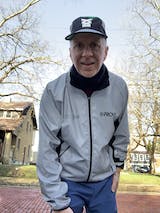